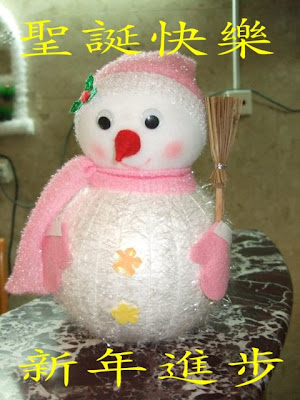 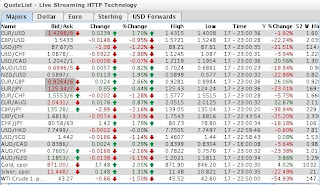 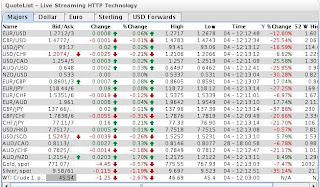 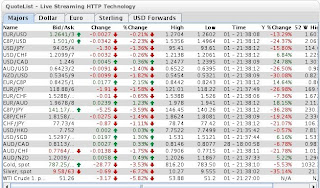 How the Financial Crisis Was Built Into the System

How did we get into the current financial mess? Great question.

Turmoil in the Making

In 1910, seven men held a secret meeting on Jekyll Island off the coast of Georgia. It's estimated that those seven men represented one-sixth of the world's wealth. Six were Americans representing J.P. Morgan, John D. Rockefeller, and the U.S. government. One was a European representing the Rothschilds and Warburgs.

In 1913, the U.S. Federal Reserve Bank was created as a direct result of that secret meeting. Interestingly, the U.S. Federal Reserve Bank isn't federal, there are no reserves, and it's not a bank. Those seven men, some American and some European, created this new entity, commonly referred to as the Fed, to take control of the banking system and the money supply of the United States.

In 1944, a meeting in Bretton Woods, N.H., led to the creation of the International Monetary Fund and the World Bank. While the stated purposes for the two new organizations initially sounded admirable, the IMF and the World Bank were created to do to the world what the Federal Reserve Bank does to the United States.

In 1971, President Richard Nixon signed an executive order declaring that the United States no longer had to redeem its paper dollars for gold. With that, the first phase of the takeover of the world banking system and money supply was complete.

I personally don't participate in the debate over a possible global conspiracy; it's a waste of time. To me, the wider struggle is for power and domination. And while this struggle has done a lot of good — and a lot of bad — I just want to know how to avoid becoming its victim. I see no reason to be a mouse trying to stop a herd of elephants from fighting.

Currently, many people are suffering due to high oil price, the slowdown in the economy, loss of jobs, declines in home values, increased bankruptcies and businesses closings, savings being wiped out, the plummeting stock market, and rising inflation. These realities are all direct results of this financial power struggle, and millions of people are its victims today.

I was in South Africa in July of this year. During my television and radio interviews there, I was often asked my opinion on the world economy. Speaking bluntly, I said that South Africans had a better opportunity of comprehending the global turmoil because they're neighbors to Zimbabwe, a country run by Robert Mugabe.

In my interviews, I said, "What Mugabe has done to Zimbabwe, the Federal Reserve Bank and the IMF are doing to the world." Obviously, my statements disturbed many of the journalists. I did my best to comfort them and assure them I was not an anarchist. I explained, as best I could, that Zimbabwe was an extreme example of an out of control power struggle.

After they were assured I was only using Zimbabwe to illustrate my point, I said, "If you want to understand the world economy, take a refugee from Zimbabwe to lunch." I advised them to ask the refugee these questions:

1. How fast did the economy turn?

2. When did you know that you were in financial trouble?

3. When did you finally decide to leave Zimbabwe?

4. If you could do things differently, what would you have done?

Three Approaches to a Crumbling Economy

I spoke to three young couples from Zimbabwe while I was in South Africa. Two couples were recent refugees now living in South Africa, and one couple still lives in Zimbabwe. All three couples had interesting stories to tell.

One couple said that they would have quit their jobs earlier. Instead, they hung on, hoping the economy would change. Then, virtually overnight, the value of the Zimbabwean dollar dropped and inflation went through the roof. Even though they received pay raises, the couple couldn't survive and soon depleted their savings. They left Zimbabwe by car with almost nothing. If they could've done something differently, they told me, they would have started a business in Zimbabwe and began exporting products to South Africa, so that they would have had South African currency and a bank account there before they fled.

The second couple that fled the country said they saved money and paid off their house and other debts even as the Zimbabwean dollar fell in value. Looking back, they say they would've saved nothing and gotten deeply in debt in Zimbabwe, allowing them to pay off their debt with the cheaper dollars. Instead, they fled after they lost their jobs, leaving behind their house and owning $200,000 in nearly worthless Zimbabwean dollars.

The third couple still lives in Zimbabwe. When they saw the writing on the wall, they set up a business in South Africa and, with the profits, began acquiring tangible assets in Zimbabwe. Often, they'll buy an asset in Zimbabwe and pay the seller in South African currency. They believe that once Mugabe is gone and order is restored, they'll be in a strong financial position.

There are three major problems with the events of 1913, 1944, and 1971. The first is that the Fed, the World Bank, and the IMF are allowed to create money out of nothing. This is the primary cause of global inflation. Global inflation devalues our work and our savings by raising the prices of necessities.

For example, when gas prices soared, many people said that the price of oil was going up. In reality, the main cause of the high price of oil is the decreasing value of the dollar. The Fed, the World Bank, and the IMF, like Zimbabwe, are mass-producing funny money, thereby increasing prices and devaluing our quality of life.

The third problem is that in 1913, the Fed only protected the large commercial banks such as Bank of America. After 1944, the Fed, the World Bank, and the IMF began bailing out Third World nations such as Tanzania and Mexico. Then, in 2008, the Fed began bailing out investment banks such as Bear Sterns, and its role in the Fannie Mae and Freddie Mac debacle is well known. By 2020, the biggest of bailout of all will probably occur: Social Security and Medicare, which will cost at least a $100 trillion.

Granted, the funny-money system has done a lot of good — it has improved the world and made a lot of people rich. But it's also done a lot of bad. I believe somewhere between today and 2020, the system will break. We're on the eve of financial destruction, and that's why it's in gold I trust. I'd rather be a victor than a victim.
張貼者： Lisa 於 上午10:54 沒有留言: