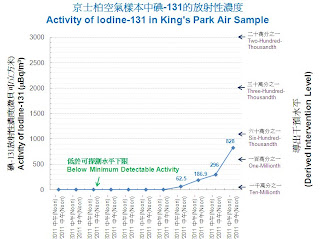 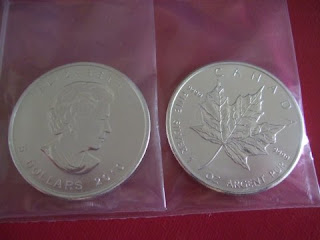 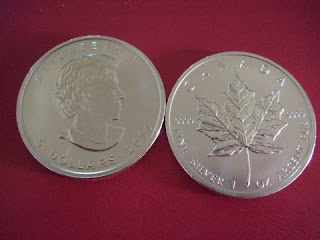 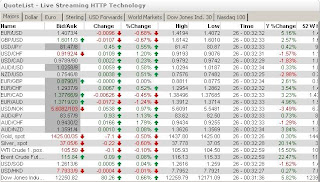 CME Group also said it will change margins for a number of other commodities, including cheese, cattle, cocoa, coffee, uranium, propane and gasoline. The stated purpose of the margin changes is to “ensure adequate collateral coverage,” said CME Group, which operates the Comex division of the New York Mercantile Exchange, where silver trades.

Margins will also rise for the miNY and E-mini silver futures.

A link to the full advisory from CME Group is below: 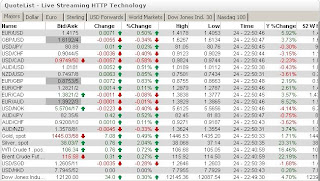 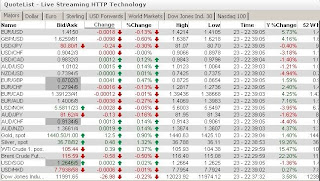 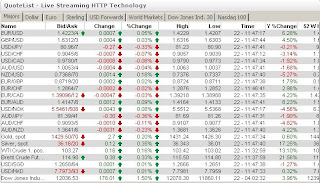 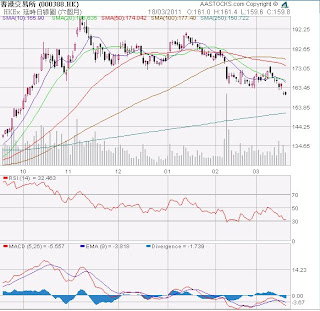 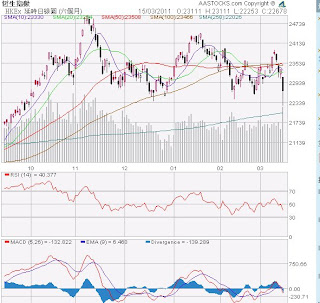 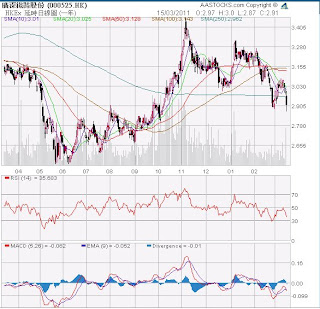 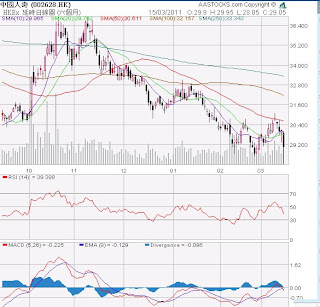 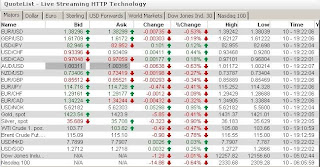 TORONTO (Kitco News) - Silver is riding a wave of investment demand because of inflation concerns and geopolitical fears and will remain volatile during the coming months with a range of as much as $20 an ounce, according to an executive of a New York consultancy.

May silver futures closed up 78.3 cents at $36.11 an ounce Monday. Prices closed near mid-range and hit another fresh contract and 31-year high.

Jeffrey Christian, managing director of the CPM Group, said investors are nervous, worried that inflation is rising, that the currency markets are uncertain and that the stock market is top-heavy.

"They're saying 'Let me diversify into precious metals' and silver seems to be one of the more attractive ones to them," Christian said. He was interviewed by Kitco News on the sidelines of the Prospectors & Developers Association of Canada being held in Toronto.

Christian said investors also are buying gold and silver because of the economic and political uncertainty in the Middle East. They fear unrest in Libya and other oil-producing countries could drive oil prices even higher and could dampen the economic recovery and stunt the stock market.

It isn't too late to get into the silver market, Christian said, but investors should take the right approach. "We're telling our clients to not necessarily be buyers a $36," he said, but also not to sell their long positions in that area. They should keep those positions as a long-term holding, he said, "but buy some puts to hedge against prices falling down."

Christian said silver prices could trade in a $20 range between $40 and $20 in the next few months. "That is an incredibly volatile market," he said, noting the price was $27 a few weeks ago and everyone thought the bull rally was over.

"I would not advise anyone to be a buyer at this point," Christian said. "I'd be waiting to see the price pull back to $27 or lower over the next few months. Then I would come in as a buyer at that level."

While silver has been soaring, platinum and palladium have hit some bumpy paths. Prices have fallen because there are viewpoints that if oil prices get higher, people could stop buying new cars. "We think that is a false thesis," said Christian. He said there are a variety of analyses in the oil market right now that don't necessarily hold credence.

Nevertheless, he said. that are a lot of hedge funds dumping platinum and palladium because they think auto sales will be negatively affected by the increase in oil prices.

With the U.S. facing large, structural deficits, analysts of all stripes are taking an inventory of the nation's assets and liabilities. Mary Meeker, famed for her coverage of Internet stocks, has produced a long presentation on the nation's balance sheet, as if it were a private-sector company. Historian Niall Ferguson suggests in Newsweek that the U.S. start selling off some of its assets. "The U.S. government currently has $233 billion worth of non-defense 'property, plant and equipment'," he noted. Plus there's land, power-generating assets and roads. (As if somebody would buy I-95).

On Tuesday, word came that President Obama is set to propose setting up a board to look at whether the U.S. can sell off some of its real estate holdings, a move that might raise some $15 billion.

For a good chunk of its modern history, the U.S. was on the gold standard. That meant the Treasury and central bank had to keep a ready supply of the metal on hand in case anybody wanted to turn in paper money for bullion. While the U.S. left the gold standard for good in 1973, it has held on to its stash of what economist John Maynard Keynes called a "barbarous relic." And so there's lots of it lying around, in Fort Knox in the fortress-like Federal Reserve Bank of New York, in various U.S. Mint operations. Some of it is used to make gold coins. But most of it is in bullion. Tons of it.

The government's reports on gold holdings can be seen here.

The gold stash represents an enormous storehouse of value. That's because the government carries gold on its balance sheet at a book value of just $42.2222 per troy ounce, which was the price of gold in 1973 when Richard Nixon decoupled it from the U.S. currency. But gold trades today at about $1,433 per troy ounce. The upshot: Although it is loath to admit it, the U.S. has about $375 billion worth of gold.

The Red, White and Yellow Metal

So what should be done with this asset? At the very least, the U.S. should consider marking its position to the market, rather than to the 1973 price of gold. If the Fed and the Treasury were to write up the value of their gold holdings, it would certainly improve the ratio between national assets and national liabilities. (Meeker's dire analysis, for example, doesn't seem to account for the present-day value of the nation's gold.)

Other countries may already be moving in that direction. The Financial Times reported on Tuesday that Italian banks are pressuring the Italian central bank to do just that with its reserve gold. The reasoning: Italy's banks hold shares in the central bank. Having those shares reflect the market value of the assets held by the central bank might spare private banks from having to raise fresh capital.

For obvious reasons, the U.S. needs to hold on to its emergency supply of oil. But why not consider selling at least some of the gold? The International Monetary Fund in 2009 authorized the sale of about 13.7 million ounces, or about 12 percent of its holdings. It has since sold a large chunk of its holdings (200 metric tons) to India's central bank, and in February 2010 began to sell gold into the market. Those sales haven't hampered the ability of the IMF to perform its role, and they haven't sandbagged the gold market.

The U.S. isn't going back to the gold standard anytime soon (sorry, Ron Paul & Co.) and it costs money to secure the heavy metal. We need the money badly, and we'd be selling into a very hot market. Critics (including Rep. Paul) have charged that policies of the Federal Reserve have hurt consumers and taxpayers by boosting the money supply and contributing to the rise in price of hard assets like gold. But America's taxpayers collectively own nearly 9,000 tons of the precious metal. If the government simply marked this asset to current market values, taxpayers would become among the biggest beneficiaries of the rise in gold.

Of course, there are plenty of good reasons not to sell off our national treasure. Asset sales are a classic one-shot technique — they improve the current year fiscal situation while papering over recurring structural problems. Plus, even if the U.S. were to dump all its gold tomorrow at the current price, the revenues would only cover a small chunk of this year's deficit. And while currencies come and go, gold has been the agreed-upon storehouse of value for millennium. Ultimately, it's a bad idea to hold a clearance sale on the nation's gold for the same reason it would be to sell off Yellowstone Park or the Tennessee Valley Authority. All represent valuable assets that were intended to be held in trust for future generations.
張貼者： Lisa 於 晚上11:11 沒有留言:

Gold May Fall From Near-Record Price

Gold may decline in London as the Arab League’s announcement that it’s studying ways to end the crisis in Libya prompts some investors to sell the metal following its rally to a record.

Reports “Venezuelan President Hugo Chavez has offered to broker a peace deal,” pressured gold, James Moore, an analyst at TheBullionDesk.com in London, said in a report. “There is scope for further profit taking, particularly if tomorrow’s non- farm payrolls help reinforce the drop in the jobless rate last month. We expect dips to be viewed as buying opportunities.”

Concern about rising inflation and currency debasement drove gold prices up 30 percent last year for a 10th annual gain. Asian countries from China to Indonesia raised interest rates this year to curb rising consumer prices. Increasing food and commodity prices have contributed to unrest that started in Tunisia in January and spread to Egypt, Bahrain, Iran and Yemen.

U.S. employers added 195,000 jobs last month, the most since May, according to a Bloomberg News survey of economists before tomorrow’s Labor Department report. A report yesterday from ADP Employer Services showed U.S. companies added more workers in February than forecast by economists.