“The Price Damage Is Almost Beyond Belief At This Point”

Today one of the savviest and well connected hedge fund managers in the world told King World News the price damage in gold and silver “is almost beyond belief at this point.”  Outspoken Hong Kong hedge fund manager William Kaye also warned KWN that a “criminal” syndicate of banks has now positioned themselves for a massive and spectacular rise in the price of gold and silver, and his firm’s money is long metals for the ride.  Kaye, who 25 years ago worked for Goldman Sachs in mergers and acquisitions, had this to say in this remarkable interview.


Eric King:  “Bill, your thoughts on this continued smash in gold and silver that we are seeing?”

Kaye:  “It’s more of the same, Eric, that we talked about last time.  They choose the thinnest sections of trading in gold, Asia time, for most of the smash.  Most of the price damage was done overnight in the United States during Asian trading.

They took the price of gold down to levels that we haven’t seen for years....


“As I talk to you now we are now trading in the $1,220s, which is a new multi-year low.  So the bulk of the damage was done in two time periods:  In Asian trading and in equally thin Chicago (COMEX) trading, when most of the real players have already gone home.

The price damage is almost beyond belief at this point.  Two years ago we were above $1,900 on gold and rightfully so given all of the events that were occurring and are still occurring.  Now we are in the mid-$1,220s, which given the policy response to what is an ongoing crisis, is incomprehensible.

No one can make any logical sense of what has taken place because the currency wars that are fully underway everywhere in the world justify gold prices that are not only higher than they were two years ago (above $1,900), but they justify prices in our view that would clearly be above $2,000 and maybe even above $3,000.

Those prices I am giving you are the prices gold should be trading at today.  Meaning they are not looking out on to the horizon because the money printing that is going on is not going to stop tomorrow.  In fact it’s going to continue and if anything, in our view it will accelerate.

So the only thing that can explain the price behavior in gold has to be a concerted raid.  What is of particular interest is that this manipulation really has to be the Fed, or coordinated intervention with the other central banks, including the ECB.  The reason for this is because it’s very clear, if you pay attention to Andrew Maguire on KWN, that the bullion banks who were very short when this raid commenced in mid-April, are now long, and some are very long.

So the setup here is pretty fantastic.  For people that are looking to add to their positions, we are certainly at levels now that look absolutely compelling, and levels that we may not revisit again in my lifetime.”

Kaye also added:  “I strongly believe this is being done to create even more outsized profits for the bullion banks.  We had a very controversial recapitalization of the banks, similar to what occurred in the 1930s in the United States, and most of the world at that time was on a gold standard.

The only way the banksters could get recapitalized during that era (of the 1930s) was by the re-pricing of gold itself.  KWN readers have to remember that gold was re-priced from $20.67 to $35, but that was only after an executive order forced U.S. citizens to turn in all of their gold to the nearest Federal Reserve branch.  So the Federal Reserve banks, which are owned by the big commercial banks, got recapitalized through that mechanism.

A similar thing is happening once again.  First we had the overt bailouts which was in plain sight in 2008 because the entire banking system was bankrupt.  So hundreds of billions of dollars was wasted on recapitalizing these criminal institutions, these big banks.

More recently, because of the default of ABN AMRO, it was obvious that not only was there a lack of physical gold in the system, but the system was on the brink of collapse.  And ABN AMRO, one of the largest bullion banks, absolutely did default.

So to prevent wholesale defaults by JP Morgan and everyone else, this raid was commenced.  The bullion banks have now gone from net-short gold, and like ABN AMRO -- at risk of defaulting, to now being very long gold.  And because they are long, our thinking is that we should also be long.  Anyone looking to add to their position, this to us is an extremely good opportunity because the only group that seems to be pushing things lower are these central banks.

So the central banks are simply creating a setup where they can covertly recapitalize their member institutions, which are the very people who own them (the central banks).  Don’t forget that 100% of the stock of the Federal Reserve system of the United States is owned by these criminal banks.  And they are now in a position to benefit from rising prices in both gold and silver.  We have positioned ourselves so that we will benefit as well when that price rise occurs, and we think it’s coming very soon.” 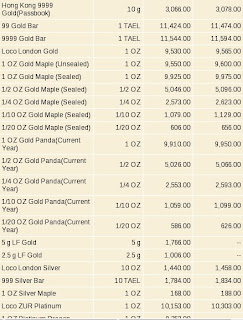 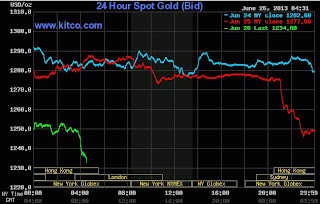 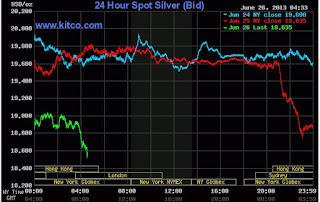 Sometimes one must see to believe, in this case believe just how massive the raw demand for the shiny, barbarous relic is in China during times of relative monetary stability (in this case the Dragon Boat Festival). Now assume runaway inflation as we saw in 2011 China, which may be unleashed by something as catalytic as the PBOC once again deciding to inject liquidity in its suffocating banking system and to revive growth in the stalling economy.
June 11, ten thousand people line up in front of a gold shop to buy gold. The buyers lined up during the three day Dragon Boat Festival. 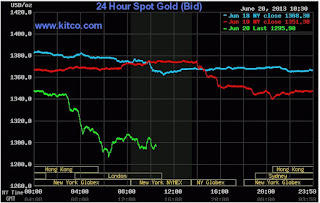 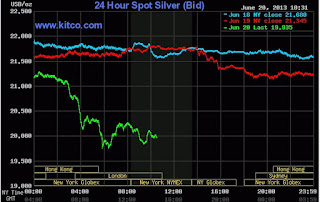 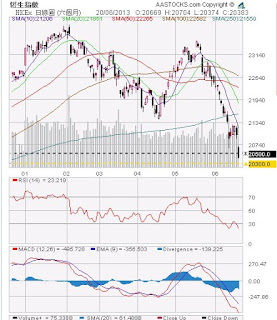