Authored by Don Quijones via WolfStreet.com,

Cash is less of a threat to central bank policies when interest rates rise above zero...

Sweden’s Riksbank has become the first central bank in the 21st century to take concrete measures to ensure that cash does not disappear as a means of payment from the financial system. To that end, the Riksbank proposes, in a document published on its website, to make it mandatory for all banks and financial institutions to offer cash services.

The pronouncement comes in response to a recent policy suggestion by the Riksbank Committee that only the country’s six major banks should be obligated to continue offering cash services.

That prompted a backlash from Sweden’s competition watchdog, which argued that the plan would distort competition as it would affect only a few of the nation’s banks. In response, the Riksbank has opted to apply the rule to “all banks and other credit institutions that offer payment accounts.”

There was also a difference of opinion between the Riksbank Committee and the central bank’s senior management on the issue of deposit facilities. While the Committee recommended that banks should only be obligated to provide deposit facilities to businesses, the Riksbank believes it is important for banks to also offer deposit services to individual citizens:


“This is a service that consumers can reasonably expect of credit institutions. There must also be symmetry between withdrawal and deposit facilities. In the Riksbank’s view, there is otherwise a risk that the possibilities for individuals to make deposits will decrease even further in the future. For most consumers, it would also be difficult to understand why they can withdraw cash from an account but not make deposits.”


For years, the government and the Riksbank have been pushing for a “cashless society.” The Riksbank has over 1,000 articles posted on its website on the “cashless society“. The emphasis worked: between 2013 and 2017, the amount of cash in circulation dropped by 35%, earning Sweden a reputation as the world’s “most cashless nation”:

Many of Sweden’s bank branches had stopped handling cash altogether. Now, they will have to begin doing so all over again. Many of them are not happy about it. Nor indeed are Sweden’s competition and financial watchdogs, which both oppose the proposal, arguing that access to cash should be the sole responsibility of the state and not private banks.

“To secure access to cash is a collective good that the state should reasonably be responsible for,” the Swedish Financial Supervisory Authority said. It’s an opinion that’s shared by ATM provider Bankomat, which argued that it should be the state’s responsibility to ensure that citizens have access to cash since the handing of notes and coins is such an important — and expensive — part of a country’s infrastructure. Bankomat is jointly owned by the five largest banks in Sweden.

It’s not just banks that are complaining. Shops and restaurants, many of which now only accept plastic or mobile payments, could also be affected by a Riksbank proposal that retail operations deemed important to the public good, such as pharmacies, special transport services, food shops and petrol stations, should also “be included in an obligation to accept cash.”

One likely result of this is that many people who struggle to navigate the digital system, or who don’t have credit cards, in particular the elderly, no longer have to fear finding themselves locked out of the country’s payment system. Sweden’s parliament has also launched a review on the impact of going cashless too quickly as it dramatically excludes the financial needs of the elderly, children and tourists who rely on cash.

It is a dramatic u-turn for a country that not so long ago was further along the path toward eliminating cash than just about any other advanced economy. Sweden was the first European country to enlist its citizens as largely willing guinea pigs in a brave new economic experiment — negative interest rates. But a negative interest rate policy (NIRP) has its limits with consumers as long as cash remains an alternative; hence the efforts to eliminate cash.

But since then, doubts have begun to set in. In a survey earlier this year, 68% of respondents stated that they would not like to live in a fully cashless society. The survey, commissioned by Bankomat, polled over 2,000 people aged 18-65.

Incredibly, the country’s central bank, once at the forefront of the global cashless revolution, appears to agree with them. The Riksbank is now even talking about raising rates either this December or in February 2019, after keeping the benchmark repo rate at minus 0.5% since February 2016.

As the age of NIRP “gradually” comes to a close, much of the excitement about ushering in a cashless nirvana appears to be fading with it. Following on the heels of comments by senior ECB board members in defense of cashas well as an open admission by the European Commission that physical cash is perhaps not quite the source of all evil, the Riksbank’s decision to safeguard the role of cash in the financial economy is the biggest sign yet that Europe is giving up on its war on cash, and is instead allowing people switch to cashless payments systems at their own pace, however long that may take. By Don Quijones.

And in Canada: a cashless society could have “adverse collective outcomes.” Read…  Backlash Against War on Cash Reaches the Bank of Canada
張貼者： Lisa 於 上午12:17 1 則留言: 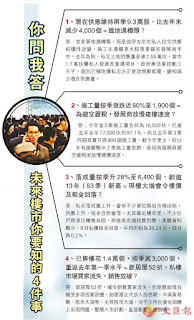 Eurozone will Collapse – There is No Other Choice Economically

Mr. Armstrong; I can see what you have been arguing about the faulty design of the euro. After the EU rejected Italy’s budget, is there any hope left for Italy?

For those who do not follow Europe closely, the European Union took the unprecedented step Tuesday (23rd of Oct) of rejecting Italy’s draft budget as incompatible with the bloc’s rules on fiscal discipline. This has simply validated the position many take in Italy that they are an occupied country. The Commission Vice-President Valdis Dombrovskis publicly stated that the Italian government was “openly and consciously going against commitments made” to drive down the country’s debt and deficit levels. The decision is escalating a battle between Europe’s establishment and Italians and the sooner you exit the Euro, the better Italy will survive.


From the outset, in designing the Euro they deliberately lied about just about everything. They told everyone that they would be paying the same interest rates because of the single currency. I explained that was absolutely false. They appear to have deliberately used the example of the dollar to pitch the euro but never mentioned that the single interest rate was the Federal level they were referencing. All 50 states issued their debt in the single currency of the dollar but they all paid rates according to their own credit rating.
I warned them that they MUST consolidate all the debts making that a national debt that they would have a single interest rate and that would compete with the dollar. Thereafter, each state would then issue its own debt as deeded and the free markets would price that accordingly. Under the system that I instructed them to adopt, this budget crisis would not exist. Because they FAILED to consolidate the debts from the outset, then the EU interferes with everyone’s budgets and dictates terms to them which in reality does make each state and occupied country.
This system cannot possibly survive. The Euro will collapse. There is no possible way for it to survive under this scheme. Italy should simply announce it is exiting the Eurozone. Those in Britain who want to remain and complete idiots. I cannot express it any more politely. Nobody will talk reality here!
張貼者： Lisa 於 下午6:01 沒有留言:

China & the Hidden Debt Crisis in the Provinces

The Sovereign Debt Crisis in China among the provisional governments is alive and well. The off-balance sheet government liabilities in the regions amounted to an estimated 40 trillion yuan which is almost $6 trillion. Some are calling this a “gigantic credit risk” which is a hidden liability. This represents 60% of  GDP which bypasses the debt-to-GDP ratio set by the central government on the provinces. They have created financial vehicles called LGFVs. Beijing has focused on shadow banks, regulatory loopholes, and hidden bad loans. They have curbed the shadow banking and brought the BitCoin outflow down. However, the Beijing government has only been able to reduce the credit risks associated with LGFVs marginally. The current view is that it will take China up to a decade or more to deal with the problem of LGFVs, as we enter this debt crisis cycle between 2019 and 2021, the pressure will build much sooner. 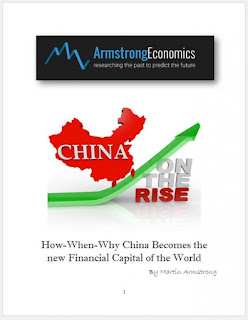 Nevertheless, we see that this debt crisis is what is holding back China short-term. The 3rd quarter GDP growth for 2018 came in well below expectations. Once this adjustment is addressed, we will still see China emerge as the Financial Capital of the World after 2032.
張貼者： Lisa 於 下午1:25 沒有留言: 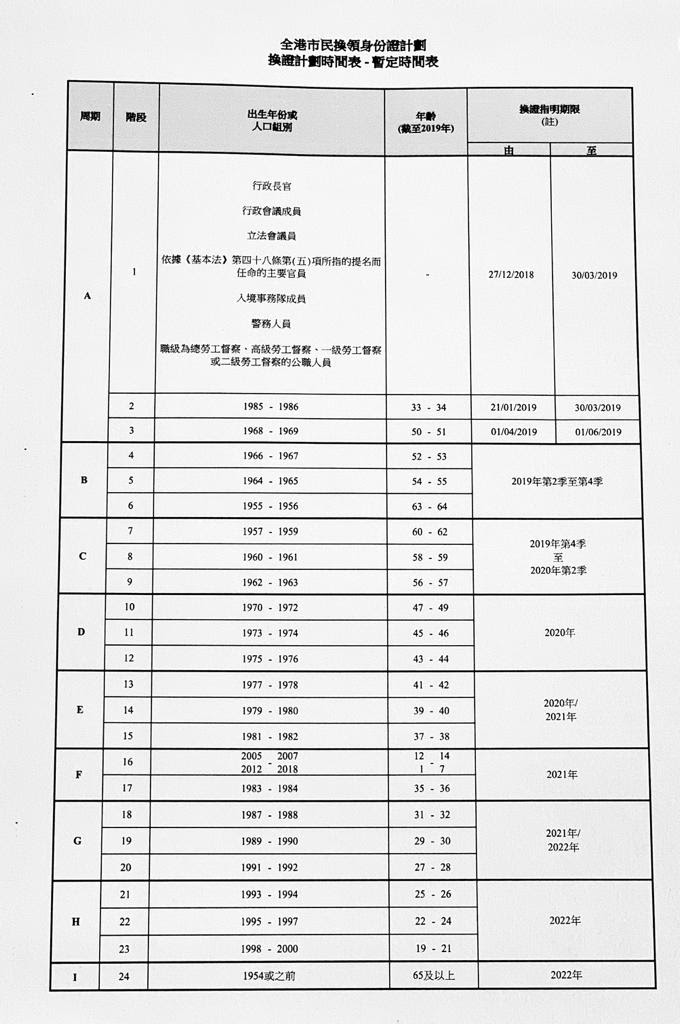 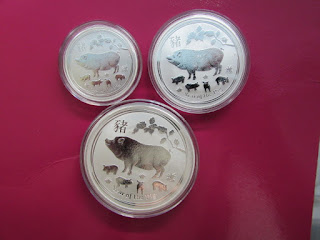 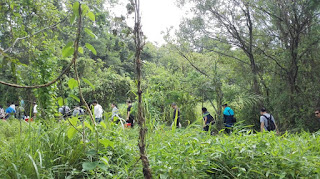 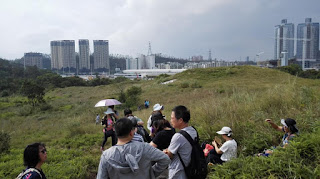