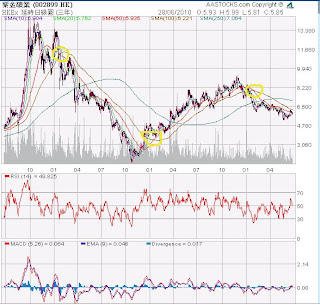 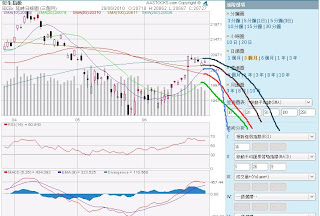 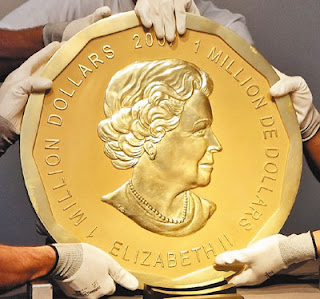 Think the Gulf Spill Is Bad?

The world knows BP is a disaster, a monster of a disaster. Every time a TV news station shows oil gushing from a broken pipe -- one mile below the ocean’s surface -- the audience feels sick. Scenes of oil-soaked pelicans struggling for life angers and saddens us. The financial losses endured by small businesses and fishermen cannot be imagined, let alone conveyed by the media interviews alone. BP is a disaster whose scope is beyond comprehension.

I was in England this month when President Barack Obama blamed and criticized BP for this tragedy. His criticism sparked the anger of the English. Politicians wanted him to tone it down, to be more careful in his choice of words. English Prime Minister David Cameron told Obama “not to go after BP for the sake of it.” Richard Branson said he was “kicking a company when it was on their knees.” Their concern was not for the environment or those suffering the ravages of this disaster. Their concern was for the pensioners who are counting on BP for a secure retirement

On June 17, the UK’s Daily Mail ran a headline screaming, “Bullied Into a £13 Cave-In." Brits are angry with Obama for pressuring BP to suspend dividend payments and set aside $20 billion for the clean up. Obama’s strong-arm position has affected British pensioners, who own 40% of BP, as well as American pension funds that own 39%. In other words, the economic damage of BP goes far beyond the Gulf. The damage is spreading to pensions, pensioners, and portfolios all around the world.

Ground Zero for the Next Disaster

While in London, I decided to go to dinner at London’s Canary Wharf, ground zero for the next BP. Only a few years ago, Canary Wharf was one of the centers of the financial universe. Condo prices were sky high, offices were packed, and high-paid bankers filled Canary Wharf with wealth and excitement. Today Canary Wharf seems to be dying. It has lost its vibrancy. Many restaurants and offices were nearly empty and there were few lights to be seen in those once high-priced condos.

Canary Wharf will be the next BP, and its BP stands for Bomb Production. Canary Wharf is much like AIG, a factory for exotic financial products known as derivatives. The problem is that most people do not know what these murky and mysterious products are ­-- and that includes the people who make or buy them. It’s why Warren Buffett has called derivatives “weapons of mass financial destruction.” That is how powerful they are.

Back in 1966, when I was a student training to be a ship’s officer, my ship carried bombs from California to Vietnam. During World War II, a ship exploded while loading bombs at Port Chicago, California, the port where the bombs were loaded onto ships. The explosion flattened everything for miles. It is said that the ship’s anchor, which weighed tons, was found more than 60 miles away. Derivatives -- financial bombs -- have the same power if they accidently detonate inside a bank’s balance sheet.

The subprime disaster was a result of financial bombs -- derivatives -- exploding in financial institutions such as AIG and Lehman Brothers, as well as banks and financial institution throughout the world. After the bombs AIG manufactured exploded, AIG received $181 billion in taxpayer funding and immediately sent $11.9 billion to France’s Societe Generale, $11.8 to Deutsche Bank, and $8.5 billion to Barclays Bank of Britain. U.S. taxpayer money was going to bail out banks around the world. During the last three months of 2008, AIG was losing more than $27 million an hour. That is how powerful these derivatives can be. The problem I see is this: There are many more such bombs still sitting in balance sheets all over the world.

Military bombs are classified by weight such as 500, 750, and 1,000 pounds, while financial bombs have interesting labels such as CDO (collateralized debt obligations), ABS (asset backed securities), and CDS (credit default swaps). While they sound exotic and sophisticated, when put in everyday language, a CDO is simply debt sold as an asset. And CDS, or swaps, are simply a form of insurance. Since the insurance industry is strictly regulated and the bomb factories producing CDS did not want to comply with insurance industry regulations, they simply called them “swaps,” rather than insurance.

To make matters worse, rating agencies such as Moody’s and S&P (and even Fed Chairman Alan Greenspan) blessed these financial bombs as safe, sound, and good for you. It was almost as good as the pope blessing these products. In 2007 the subprime boom busted, and we know what happened from there.

The problem is that approximately $700 trillion of these financial time bombs are still in the system. While people watch the BP disaster in the Gulf, few people are aware of the other BP -- the financial bomb production -- that is still going on. If this derivative market begins to collapse, we will see another disaster.

Could such a financial disaster happen? The answer is “Yes.” In fact, just as President Obama pressured BP into doing the “right thing,” so is he pressuring the financial markets to do the right thing. The president and our congressional leaders are pushing through financial reform legislation. My concern is that, if not handled delicately, it is this financial reform that will set off the derivative time bomb -- the next BP.

Currently, derivatives are traded over-the-counter. This mean derivatives are uncontrolled, unregulated, and unsupervised. Proposed financial reform legislation is pushing to have derivatives traded through an exchange. This will bring in greater transparency and controls. My concern is, when this happens, the change to an exchange system will reveal fraud and failures we do not yet know about today. It will be like turning on the light and watching the cockroaches (bankers) run for cover.

While it is commendable that President Obama hold the rich and powerful accountable, I wonder what the price will be? And how many BPs can we afford? 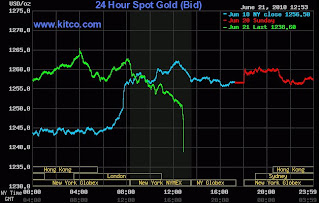 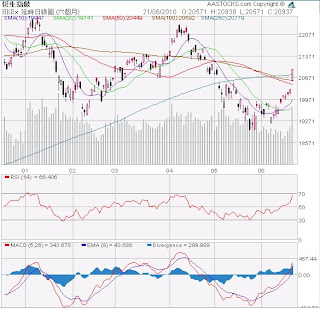 Foreign governments have been getting in on the recent gold rush, driven by continued fears about Europe's debt crisis and the pace of the global economic recovery.

Those concerns have been propelling the precious metal to record highs over the past 18 months. In fact, gold posted a new intra-day high Friday, when it reached $1,260.90 an ounce. A day earlier, it reached a fresh record high closing price of $1,248.70 an ounce.

Last year, foreign central banks were net buyers of gold for the first time since 1997. India, China and Russia have been the biggest buyers. And more recently, the Philippines and Kazakhstan jumped into the fray with big purchases of the precious metal during the first quarter, according to data released by the World Gold Council Thursday.
張貼者： Lisa 於 中午12:12 沒有留言: 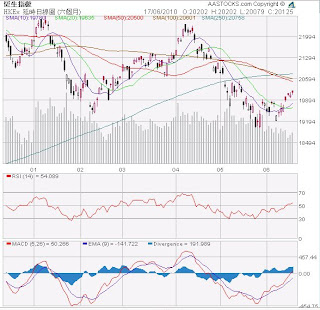 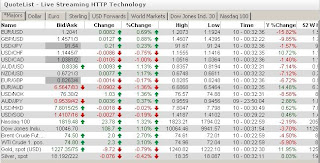 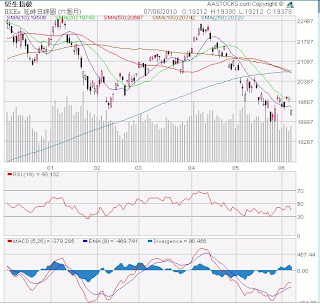 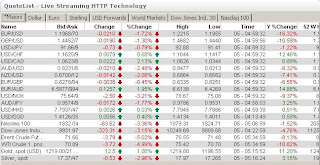 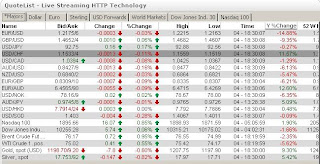 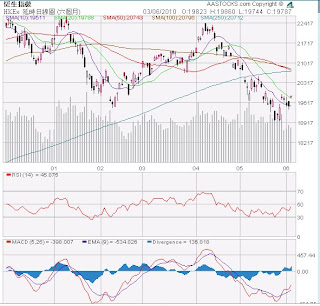 Bloomberg reports that: “More than half of the investors surveyed said they are more cautious than they were before the crisis, Barclays said in a statement in Hong Kong today. About 2,000 wealthy investors who have more than 1 million pounds ($1.47 million) in investments from 20 countries participated in the survey in February and March, it said. “The uncertainty around the prospects and timing of the global economic recovery is causing investors to favor” equities and real estate.” Almost 90 percent of the surveyed investors in Singapore said the property market is likely to perform well in the next 12 months, while 68 percent of the Australian respondents said they are positive on equities, according to the survey.
張貼者： Lisa 於 下午1:18 4 則留言: 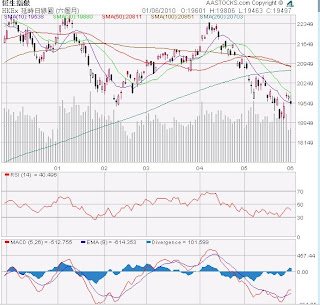