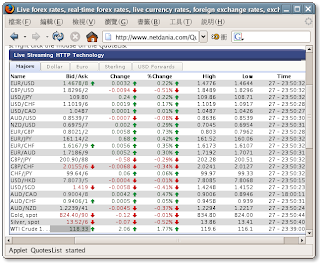 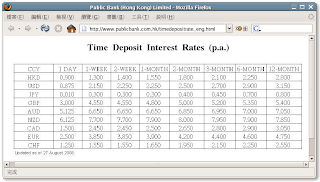 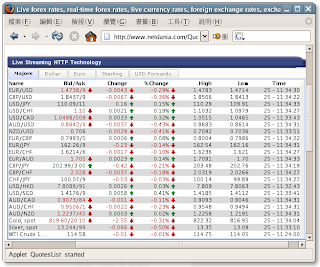 For investors with all their assets in US dollar cash (and no other holdings), Faber suggests accumulating gold from here on down to possibly $600/oz. While not necessarily forecasting such a drop (from the current level of about $820/oz), he notes the metal could decline to that level.

Those with “99 per cent of their assets in gold and no cash flow” should hold for now, says Faber, as the gold chart looks “truly horrible” since prices fell below the key support levels of around $850.

For traders, however, gold may have some short-term appeal right now because it is becoming oversold. But what, then, is the immediate upside potential? Heavy resistance would seem to exist at $850-$900 while the downside risk is at least as large as the upside potential.

Outside the US, equity markets look even more vulnerable, he adds. The US economy is in deep trouble but this is now widely known whereas other economies such as Australia, the UK and the eurozone are just starting to deteriorate very badly, most from an even more inflated level. So while housing affordability has improved in the US as a result of the sharp price decline, affordability in Australia is at a record low.

So, predicts Faber, US stocks will continue to outperform foreign equity markets as they have since the start of the year — but that’s not because he thinks US equities will move higher but because they are likely to move down less than foreign markets and also because the USD should continue to strengthen. Central banks around the world will shortly begin to cut interest rates, which supported foreign currencies so far. The NZ dollar, the Australian dollar and the British pound are particularly vulnerable, he adds.

In the US, the most vulnerable sectors are now material and energy related companies and increasingly the last sector that has held up well: technology, including companies such as Apple, Research in Motion, Amazon.com, Google and IBM.

In recent commentaries we have also suggested that Japanese equities were relatively attractive. They have indeed begun to outperform the Hang Seng Index and also other Asian markets and I expect this outperformance to last for some time.

Again, this does not mean the Japanese stocks will move up but that they will move down less than other Asian markets.

In sum, credit growth and global liquidity are contracting, a vicious economic downturn is about to unfold (China could surprise on the downside and put additional pressure on commodity prices) and asset markets are still very high by historical standards and, therefore, remain
vulnerable.

In conclusion, advises Faber, use equity rallies as a selling opportunity and further weakness in gold as a buying opportunity for long term holders with significant cash and cash flows. But if his great strategist friend is right and the S&P500 trades down to the 500 level, “you should be careful not to be eaten by bears in all asset market”.
張貼者： Lisa 於 下午2:01 沒有留言: 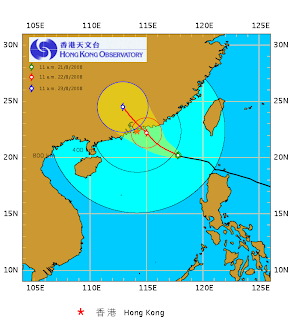 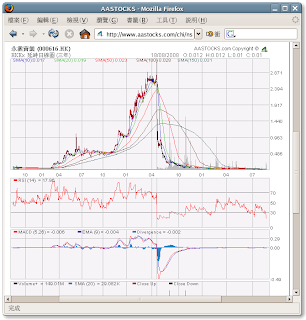 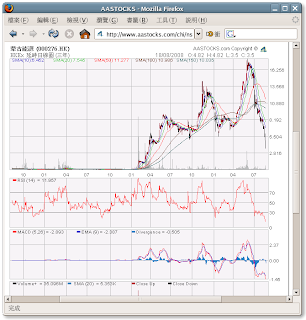 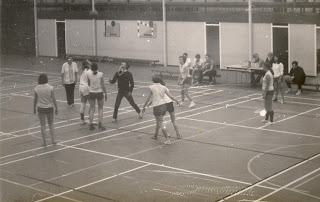 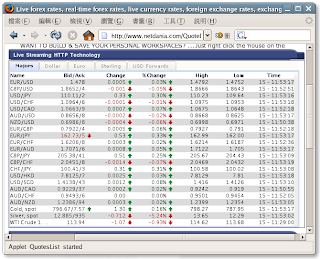 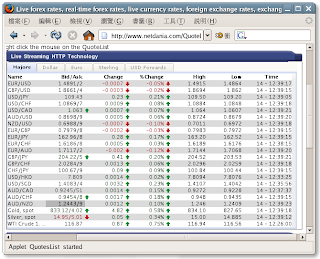 George Soros will not go quietly.

At the age of 77, Soros, one the world's most successful investors and richest men, leapt out of retirement last summer to safeguard
his fortune and legacy. Alarmed by the unfolding crisis in the financial markets, he once again began trading for his giant hedge
fund — and won big while so many others lost.

Soros has always been a controversial figure. But he is becoming more so with a new, dire forecast for the world economy. Last week
he rushed out a book, his 10th, warning that the financial pain has only just begun.

"I consider this the biggest financial crisis of my lifetime," Soros said during an interview Monday in his office overlooking
Central Park. A "superbubble" that has been swelling for a quarter of a century is finally bursting, he said.

Soros, whose daring, controversial trades came to symbolize global capitalism in the 1990s, is now busy promoting his book, "The New
Paradigm for Financial Markets," which goes on sale next month.

And yet this is not the first time that Soros has prophesied doom. In 1998, he published a book predicting a global economic
collapse that never came.

Soros thinks that this time he is right. Now in his eighth decade, he yearns to be remembered not only as a great trader but also as
a great thinker. The market theory he has promoted for two decades and espoused most of his life — something he calls
"reflexivity" — is still dismissed by many economists. The idea is that people's biases and actions can affect the direction of the
underlying economy, undermining the conventional theory that markets tend toward some sort of equilibrium.

Soros said all aspects of his life — finance, philanthropy, even politics — are driven by reflexivity, which has to do with the
feedback loop between people's understanding of reality and their own actions. Society as a whole could learn from his theory, he
said. "To make a contribution to our understanding of reality would be my greatest accomplishment," he said.

Soros has been worrying about the fragile state of the markets for years. But last summer, at a luncheon at his home in Southampton
with 20 prominent financiers, he struck an unusually bearish note.

"The mood of the group was generally gloomy, but George said we were going into a serious recession," said Byron Wien, the chief
investment strategist of Pequot Capital, a hedge fund.

Soros was one of only two people there who predicted the American economy was headed for a recession, he said.

Shortly after that luncheon Soros began meeting with hedge fund managers like John Paulson, who was early to predict a crisis in the
housing market. He interrogated his portfolio managers and external hedge funds that manage his fund's money, and he took on new
positions to hedge where they might have gone wrong. His last-minute strategies contributed to a 32 percent return — or roughly $4
billion for the year.

The more Soros learned about the crisis, the more certain he became that he should rebroadcast his theories. In the book, Soros, a
fierce critic of the Bush administration, faults regulators for allowing the buildup of the housing and mortgage bubbles. He
envisions a time, not so distant, when the dollar is no longer the world's main currency and people will have a harder time
borrowing money.

Soros hopes his theories will finally win the respect he craves. But, ever the trader, he hedges his bets. "I may well be proven
wrong," he said. "I would say that I'm the boy who cried wolf three times."

Many of the people Soros wants to influence may view him with skepticism, in part because of how he made his fortune. In 1992, his
fund famously bet against the British pound and helped force the British government to devalue the currency. Five years later, he
bet — correctly — that Thailand would be forced to devalue its currency, the baht. The resulting bitterness toward him among Thais
was such that Soros canceled a trip to the country in 2001, fearing for his safety.

Asked if it bothers him that people accuse him of causing economic pain, his blue eyes dart around the room. "Yes, it does, actually
yes," he said.

Asked if those people are right to blame him, he says, "Well no, not entirely."

No single investor can move a currency, he said. "Markets move currencies, so what happened with the British pound would have
happened whether I was born or not, so therefore I take no responsibility."

Soros, came of age in Nazi-occupied Hungary and has for decades longed to write a masterpiece that might put him among thinkers like
Hegel or Keynes, said Michael Kaufman, who wrote a book about Soros. "He spent years writing papers and letters to people, but
everyone ignored him," Kaufman said.

But when Soros became rich, people began listening. He also started giving large sums to charities, and in Eastern Europe, as the
Soviet Union crumbled, he distributed copy machines to encourage free speech in his native Hungary. So generous was Soros with his
money that "Sorosovat" became a new verb in Russian, loosely meaning to apply for a grant.

He continues to be one of the top givers to charities around the world, and has given more than $5 billion away through his
foundations.

Yet even Soros acknowledges that many economists still slight his theories.

But Joseph Stiglitz, a professor at Columbia who won the Nobel for economics in 2001, said Soros might still meet success. "With a
slightly different vocabulary these ideas, I think, are going to become more and more part of the center," said Stiglitz, a longtime
friend of Soros.

Soros's firm, Soros Fund Management, has been through several turbulent years. Stanley Druckenmiller, his longtime No. 2, left in
2000, in part because he was tired of the constant media attention Soros attracted. ( Soros credits Druckenmiller for the winning
gamble on the British pound, saying he added the encouragement to bet more money on the trade.)

Several outside investors also left, and Soros overhauled the company as more of a wealth management tool for his own family and
related charities. Soros said in 2000 that he no longer desired returns like the 30.5 percent his fund returned on average, after
management fees, from 1969 to 2000.

In 2004, Soros tapped his oldest son, Robert, to become the chief investment officer, despite Robert's reluctance.

At that time, Soros, was busy trying to turn public opinion against President George W. Bush. He donated $27 million to anti-Bush
organizations and traveled the country speaking out against the president. This time around, he is less involved. He endorsed
Senator Barack Obama but kept his distance from the campaign trail.

Robert Soros, 44, who once claimed his father based his trades not on grand theories like reflexivity but rather on his back pain,
never shared his father's enthusiasm for the markets. "When you're a billionaire's son, you're less hungry than when you're a
Hungarian immigrant," one former Soros Fund Management executive said.

Even so, the Soros fund performed well under the younger Soros, and as recently as last June, it was up 10 percent for the year,
according to a letter to investors. At the end of July, Robert stepped down from his head investment role, just before his father
returned to trading. Robert and his brother Jonathan remain deputy co-chairmen, under their father, the chairman of the fund.

This week, Wien illustrated the knack of Soros for timing with an old story. In 1995, Soros asked Wien why he bothered going to work
every day. Why not go to work only on days when there is something to do?

"I said, 'George, one of the differences between you and me is you know when those days are, and I don't,'" Wien said.

Billionaire Jim Rogers' Views on Commodities, USD & Financials
Jim Rogers, co-founder of the Quantum Fund with George Soros, said the global credit squeeze triggered by U.S. housing-loan
delinquencies may not be nearing an end. Billionaire Rogers said he is still bullish on commodities, in particular agriculture, even
as investors are regaining some confidence in the equities market and are hopeful that the worst of the U.S. subprime fallout is
over.

"Gold is in a correction right now," Rogers, who co-founded the Quantum fund with George Soros in the 1970s, said at a press
conference Thursday in Singapore. "I suspect it could go down to US$800, who knows, or US$750. I'm terrible at market timing, but if
gold goes down some more, I plan to buy some more."

Rogers said in last month's interview that he was hoping the dollar rally would last a year, which would allow him to sell all of
his U.S. currency.

"The New Zealand and Australian dollar may get hurt if carry trades reverse," he said. I admit that I've also been buying the yen,
but I'm not planning to sell my Australian dollars as they have a great future."
張貼者： Lisa 於 下午5:23 沒有留言: 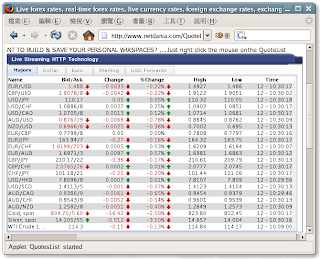 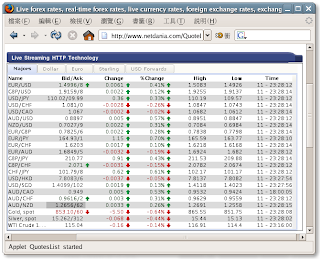 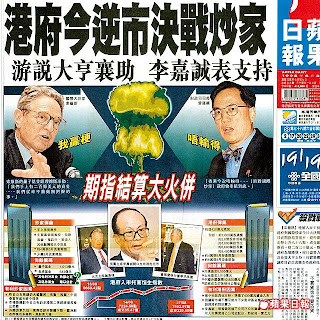 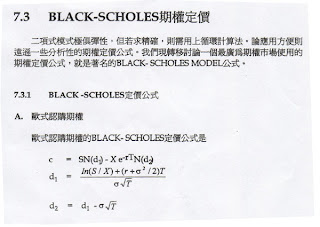 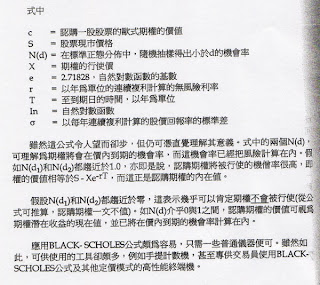 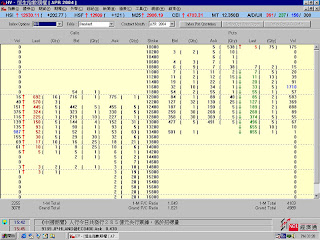 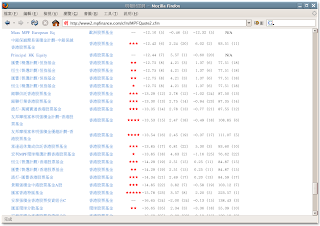 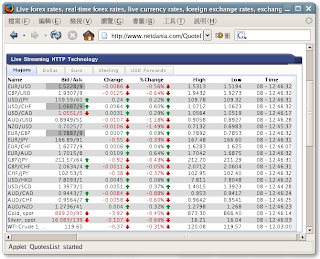 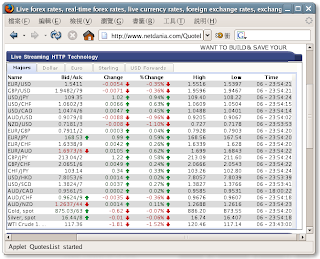 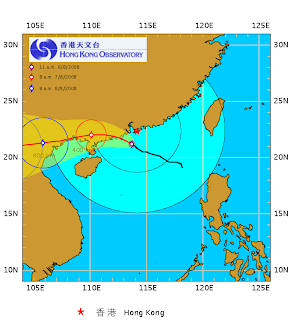 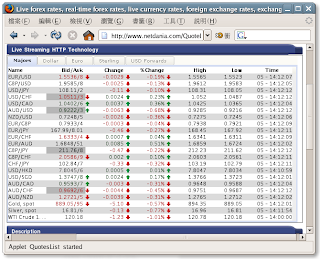 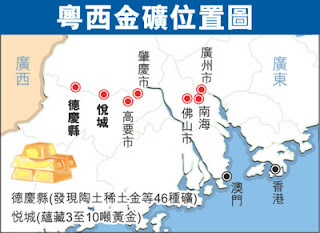