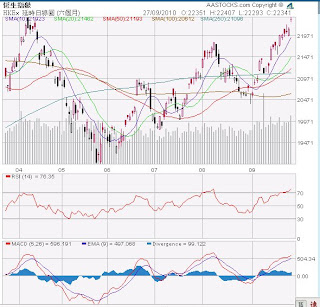 LONDON (Reuters) - Gold held near record highs on Thursday, eyeing a breach of $1,300 an ounce, while silver flirted with 30-year peaks as the threat of currency devaluation lifted interest in the metals as a safe store of value.

Gold prices were lifted to a record $1,296.10 on Wednesday after the U.S. Federal Reserve indicated it was open to reintroducing quantitative easing to tackle sluggish U.S. economic growth, knocking the dollar.

The precious metal's rally, which has lifted prices some 3.5 percent so far this month, is showing few signs of running out of steam.

"Once we touch $1,300 it will probably stall there and there will be some profit-taking, but it won't be extensive," said Andrey Krychenkov, an analyst at VTB Capital.

"All the technical indicators are flashing completely overbought, but that doesn't mean anything when you're in an uptrend."

The dollar recovered from lows on Thursday but investors remain wary as speculation that the Federal Reserve will soon start printing more money drove down Treasury yields.

The euro retreated from a five-month high versus the U.S. unit however, stung by worry over Ireland's banking sector.

While the recovery in the U.S. currency is keeping a lid on further gains in gold, the threat of further monetary easing is providing good support to prices.

"Heightened fears of the currency debasement that could result from an expanding Fed balance sheet, the potential for the Bank of England to follow suit, and last week's yen intervention all compound gold's medium-term allure," said UBS analyst Edel Tully in a note.

"Spot gold has eroded the 2009-2010 resistance line and looks to extend gains to $1,300," said technical analysts at Commerzbank in a weekly report.

"The upper July-to-September channel resistance line also cuts in at $1,300. According to a cycle which we have been following since late 2008, this region should be reached by the first week of October."

On the supply side of the market, South Africa's Gold Fields (GFIJ.J), the world's fourth-largest gold miner, said it expects attributable gold output for the September quarter to rise 0.9 percent to 906,000 ounces compared with the previous quarter.

It added that it was on track to achieve its annual production guidance of 3.5-3.8 million ounces.

Among other precious metals, silver remained well supported after hitting another 2-1/2 year high overnight in Asia.

The gold-silver ratio -- the number of ounces of silver needed to buy an ounce of gold -- was at 61.25 on Wednesday, having hit its lowest since January in the previous session. 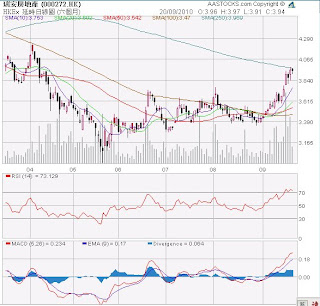 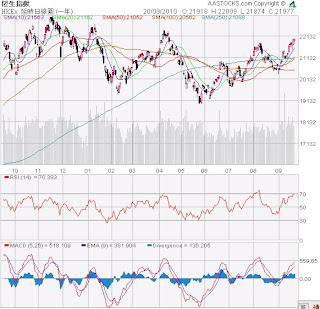 A bubble will form one day for gold but it won't be any time soon. Seventy-five per cent of the people had never owned gold, or silver. So you can see most people still do not own gold. For most people in the world gold is still an unknown entity.

During gold's hysterical phase, in 5 to 7 years, everyone will be buying the yellow metal.

It is not the way people are supposed to invest but they see something moving and they all want to jump on. The gold bull market has a long way to go, all commodities have a long way to go - in the end we will end up with a hysterical bubble, at which point I hope I am smart enough to sell, but that is years away.

Often experts compare the performance of gold to equities over the last century. But this is sort of like comparing apples and oranges. Firstof all, most companies that existed in 1890 no longer exist today. If you invested in stocks in 1929, most of them are bankrupt anyway. So you had to rebalance your portfolio.

Still, there will be periods of time when equities perform better than gold and silver, such as in 2009 when the stock market bounced from the sell-off that was triggered by the financial crisis that began the previous year. Then there will be times when gold and silver perform than equities and certainly better than bonds and cash U.S. dollars.
張貼者： Lisa 於 下午4:38 1 則留言: 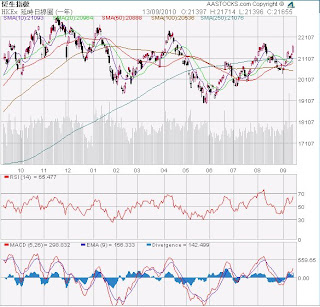 Buy and hold vs TA trader

Tired of Stocks and Bonds?

With the stock market bland and the bond market bubbling, investors may have to search elsewhere in the months ahead for return.

The Standard & Poor's 500 (INDEX: .SPX) literally did nothing all summer. Since the so-called Death Cross on May 27-when the 50-day moving average crossed below the 200-day-the broad market gauge has bounced around but held close to 1,100.

The bond market, meanwhile, has continued its meteoric rise, but so much so that many analysts are saying it has overheated and is in danger of collapsing.

So with the market's two most common options presenting challenges if not outright deterrents for investors, the temptation toward alternative plays becomes greater.

"The stock market's dead. Nobody's interested in it right now," says Darin Newsom, senior analyst at DTN, a commodities firm in Omaha, Neb. "Money is flowing back and forth through the commodities until such a time as the Dow Jones straightens itself out and we start seeing more bullish signs."

1. Going With the Grains

Gold's (CME Globex Gold: US@GC.1) 8 percent gain since July 27 has been hard to miss, but grains also have done well in the commodities market.

In particular, corn has been one of the big stories as global shortages in Russia and Eastern Europe raise demand for US feed and push the grain back to highs it hasn't seen since June 2009.

Corn prices (Chicago: US@C.1) have jumped an eye-popping 39 percent since hitting $3.33 on June 29, and Newsom thinks the run is far from finished. He says open interest futures contracts are nearing the volumes of 2008, when corn went parabolic and sold for as high as $7.79 a bushel. The government has a crop estimate release on Friday that could help shape the market.

"You have strong investment buying coming in. You have strength in underlying fundamentals, particularly globally," he says. "So it's very supportive of the market if things continue down this path."

Investors can play corn either by buying contracts on the open market, or through a growing crop of exchange-traded funds for agricultural commodities.

2. Forex, Part I: The Awesome Aussie

Speaking of eye-popping numbers, the Bank for International Settlements set off a shock-wave of its own last week when it released its three-year survey of foreign exchange activity. The review found that currency trading swelled to $4 trillion per day, a stunning 21 percent rise from April 2007.

Spot transactions drove nearly half the growth, the BIS said, noting that such trades now account for 37 percent of total forex movement.

Australian and Canadian dollars were among the leaders driving the increased currency trading, and many analysts expect the Aussie, backed by comparatively high interest rates, could be trading even with the US dollar (Currency Exchange: AUD=X) soon.

"Admittedly, fluctuations in the value of the Australian dollar against the US dollar have historically been closely tied to fluctuations in commodity prices, and we generally expect the latter to fall back over the next year or so," John Higgins, senior economist at Capital Economics in London, said in a recent research note to clients.

"Nonetheless, we think interest rates in Australia are likely to rise by much more than markets currently expect," he continued. "If rates in the US also remain close to rock-bottom-as we suspect-such an outcome could push the Australian dollar up, not down."

The Australian dollar is the fifth most-traded currency on the foreign exchange, which is led by the US dollar.

The Japanese currency has long confounded the world's economy because of its relative weakness to that of other nations-an advantage when it comes to the sharp-elbowed world of global trade.

The currency's rise against the US dollar (Currency Exchange: JPY=X) has been equally confounding. When the trend began to unfold in early August, most analysts wrote it off as a technical glitch unlikely to last, but they so far have been wrong.

The dollar has fallen 15 percent against the yen since its most recent high on May 3, and the trend shows little sign of abating.

"We are somewhat amused at the relentless urge on the part of traders to call the yen's top," said Dennis Gartman, writing Tuesday morning in The Gartman Letter. "The trend remains upward for the yen, despite the antipathy toward that trend by Japan's major exporters, who voice their opposition to this strength at every turn."

Like commodities, currencies either can be traded directly in spot trades, through options contracts, or within a variety of ETFs that play either on the individual currencies or on pair trades on movements between various countries.

Though the sharp rise in US capital markets in 2009 somewhat dimmed the allure of emerging markets, the latter group is back in 2010 and has attracted more investor attention in the second half.

Investors this year are betting that the dire need for better infrastructure in places such as Brazil, India and South Africa will present investment opportunities.

"Transportation and logistics continues to be one of the largest areas of need for emerging markets," Kate Moore and Michael Hartnett, global equity strategists at Bank of America Merrill Lynch, told clients. "Over the next three years, we project that it will account for more than 30 percent of infrastructure investment."

The strategists advised clients to take a two-pronged approach: Owning a diversified mix of equity exposure, which the firm holds in its EM Infrastructure Index; and through the $24 billion high-yielding emerging market corporate bonds space.

"EM governments understand that infrastructure investments in energy, water, agriculture and transportation are necessary to sustain urbanization trends and will lay the groundwork for decades of economic growth and the development of private enterprise," Moore and Hartnett wrote.

Why Wall Street Banks Are Breaking Up With Hedge Funds

The official story line behind Wall Street firms selling off hedge funds is that the moves are driven by the Volcker Rule, which severely limited the level of investments banks can make in hedge funds and private equity funds.

But the truth is more complex. The romance between banks and hedge funds-which had led to expensive buyouts for banks and big paydays for many former bankers who had become hedge fund moguls-soured long before the Volcker Rule, which has yet to take effect. Even if the rule wasn't in the pipeline, many top executives at the banks now look on the acquisitions of hedge funds as mistakes or perhaps even scams.

When we broke the news that Morgan Stanley (NYSE:MS - News) was selling off FrontPoint, we noted that FrontPoint was founded by former Morgan Stanley executives. In short, it was a deal between closely related, long-term insiders.

The same could be said of many of the acquisitions of hedge funds by banks during the boom years. In case after case, the hedge fund managers were brought back into the bank and given important management positions.

We can just about squint our eyes and see those "acquisitions" as merely huge signing bonuses for the founders of the funds. If the payouts were disclosed as bonuses, they may have prompted more scrutiny and perhaps shareholder outrage. But since they were characterized as acquisitions of important and valuable assets, they largely escaped the attention of the pitchforkers.

Did any of these deals work out? Certainly Citigroup's (NYSE:C - News) acquisition of Vikram Pandit's Old Lane did not. It was closed less than a year after Citigroup purchased it. The FrontPoint deal lasted much longer but insiders say it never performed as well as hoped.

The failed romance between banks and hedge funds seems to have permanently soured many top Wall Street executives on similar acquisitions.

"The Volcker Rule is largely beside the point. Hedge funds are best when owned by the principals. I can't see these deals ever coming back," a top Wall Streeter told us over lunch in an executive dining room overlooking Midtown's skyline.

The waiter came to take the orders. He asked for a salad appetizer, and then a second appetizer salad for the entrée. Wall Street's appetite has certainly changed. 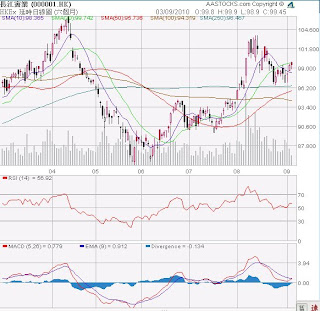 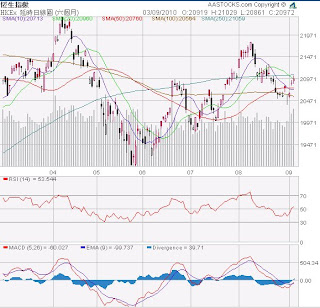 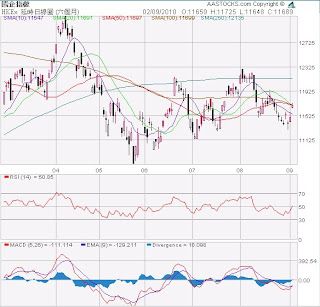