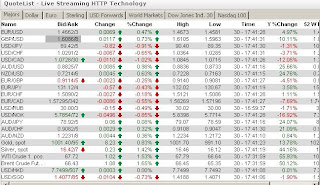 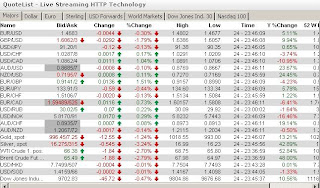 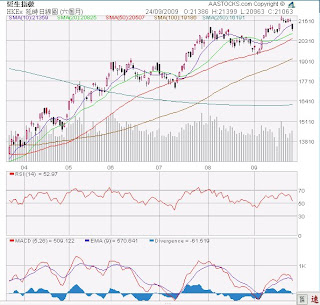 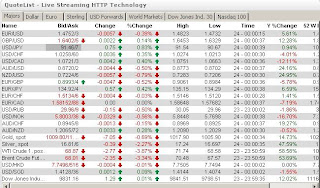 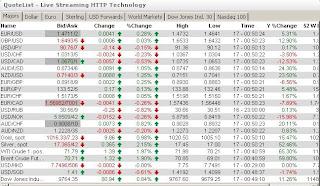 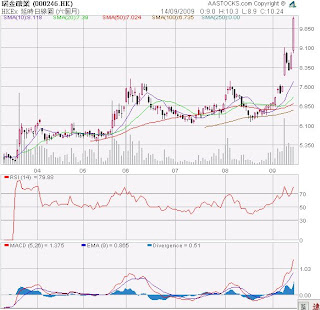 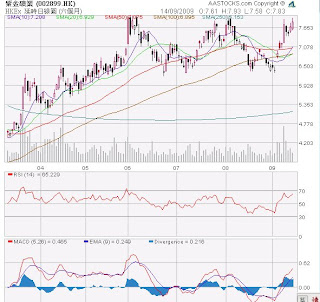 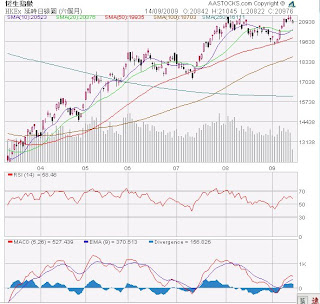 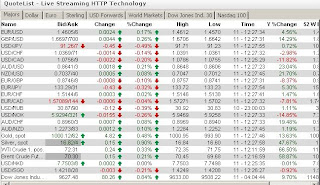 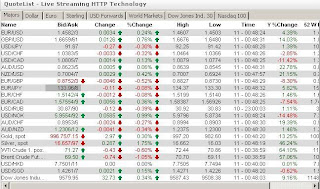 富爸爸 : Preparing for the Worst

"Is the crisis over?" is a question I am often asked. "Is the economy coming back?"
My reply is, "I don't think so. I would prepare for the worst."

Like most people, I wish for a better future for all of us. Life is better when people are working, happy, and spending money.

The stock market has been going up since March 9, 2009. Talk of "green shoots" fill the air. Yet, in spite of the more positive news, I continue to recommend that people prepare for the worst. The following are some of my reasons:

1. I believe the stock market is being manipulated. I suspect the government, banks, and Wall Street are doing everything they can to keep the market from crashing. Our leaders know that nothing makes the world feel better than a raging bull market.

Do I have any proof that the market is being manipulated? No. I just smell a rat, or a pack of rats. I believe greed, self-interest, arrogance, and fear control the financial markets. I suspect those in charge will do anything to keep us all from panicking... and I don't blame them. A global panic would be ugly and dangerous.

2. In my view, this global crisis has been caused by the Federal Reserve Bank, the U.S. Treasury, Wall Street, and the central banks of the world. They caused the problem, profited excessively in doing so, and now profit by being asked to fix the problem.

Every time I hear a politician mention the word stimulus, my mind flashes back to high school biology class, when I touched battery wires to a dead frog to make it twitch. Today, you and I are the dead frogs. Pretty soon the dead frog will be fried frog.

In the 1980s, our government's hot money stimulus was measured only in the millions of dollars. By the 1990s, the government had to ramp the stimulus voltage into the billions in order to get the frog to twitch. Today the frog has jumper cables with trillions in high-voltage hot money pouring through the lines.

While most us feel better when we have more high-voltage money in our hands, none of us feel good about higher taxes, increasing national debt, and rising inflation for the long term. Another old saying goes, "Sometimes the cure is worse than the disease." I say the government stimulus cure is killing us frogs.

3. Old frogs don't hop. Another reason I am cautious about the future is that the Western world has a growing number of old frogs. Between 1970 and 2000, the economy responded to bailouts and stimulus packages because the baby boomers of the world were entering their greatest earning years -- their purchasing power increased, and demand for homes, cars, refrigerators, computers, and TVs boosted the economy.

The stimulus plans seemed to work. But when a person turns 60, their spending habits change dramatically. They stop consuming and start conserving like a bear preparing for winter. The economy of the Western world is heading into winter. Hot wires and hot money will not get old frogs to hop. Old frogs will simply join the bears and stick that money in the bank as they prepare for the long, hard winter known as old age. The businesses that will do well in a winter economy are drug companies, hospitals, wheelchair manufacturers, and mortuaries.

4. The dying frog economy will lead us to the biggest Ponzi schemes of all: Social Security and Medicare. If we think this subprime financial crisis is big, it's my opinion that this crisis will be dwarfed by the crisis brewing in Social Security and Medicare...Medicare being the biggest crisis of all. As old frogs head for the big lily pad in the sky, they will demand young frogs spend even more in tax dollars just to keep old frogs from croaking.

5. The 401(k)Ponzi scheme. A Ponzi scheme, like the scheme Madoff ran, depends upon young money to pay off old money. In other words, a Ponzi scheme needs tadpoles to finance old frogs. The same is true for the 401(k) and other retirement plans to work. If young money does not come into the stock market, the old money cannot retire. One reason so many people my age are worried, not only about Social Security and Medicare, is because they're concerned about getting their money out of the stock market before the other old frogs decide to drain the swamp.

The facts are that the 401(k) plan has a trigger that requires old frogs to begin withdrawing their money at a certain age. In other words, as baby boomers grow older, more and more will be required, by law, to begin withdrawing their money from the market. You do not have to be a rocket scientist to know that it is hard for a market to keep going up when more and more people are getting out.

The reason the 401(k) has this law related to mandatory withdrawals is because the Federal government wants to collect the taxes that they deferred when the worker's money went into the plan. In other words, the taxman wants their pound of flesh. Since they allowed the worker to invest without paying taxes, the government wants their tax dollars when the employee retires. That is why the laws require older workers to sell their shares ¬-- and pay their pound of flesh.

Demographics show that we are entering a battle between young and old. I call it the "Age War." The young want to hang onto their money to grow their families, businesses, and wealth. The old want the tax and investment dollars of the young to sustain their old age.

This war is not coming...it is upon us now. This is one of many reasons why I remain cautious and say, "The worst is yet to come." 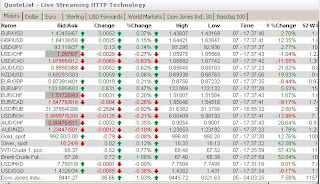 China pushes silver and gold investment to the masses

A report suggests that the Chinese government is pushing the general public into buying gold and silver bullion, which could have a dramatic effect on the markets.

We are indebted again to Paul Mylchreest's Thunder Road Report for news that will bring big smiles to gold and silver investors everywhere. Apparently China is pushing the idea of buying gold and silver for investment purposes to the general population in the way that Western television sells soap powder. If 1.3 billion Chinese citizens start buying gold and silver, even in tiny quantities, imagine what that will do to the market!

The report notes that China's Central Television, the main state-owned television company, has run a news programme letting the public know how easy it is to buy precious metals as an investment. On silver investment the announcer is quoted as saying " China has introduced its first ever investment opportunity for silver bullion. The bars are available in 500g, 1kg, 2kg and 5kg with a purity of 99.9%. Figures show that gold was fifty times more expensive than silver in 2007, but now that figure has reached over seventy times. Analysts say that silver has been undervalued in recent years. They add that the metal is the right investment for individual investors and could be a good way to cash in."

What appears to have happened in China is a total relaxation of strictures on holding precious metals by the individual with the government pushing gold and silver as an investment option, seemingly at every opportunity. This is a far cry from the situation only a few years ago where the distribution of gold and silver was strictly controlled. Now, the Thunder Road Report notes that every bank will sell gold and silver bullion bars in four different sizes to individuals and gold related investments are said to be soaring in popularity.

Around a year ago, Leyshon Resources managing director, Paul Atherley, in an investor presentation in London - and no doubt delivered elsewhere in the world too - commented that some employees at the company's gold mining project in northern China would, on pay day, go to the local bank and buy a small gold bar as an investment and wealth protector. To an extent we put this down at the time to mining company hype - but this seems to be exactly the same phenomenon noted by Thunder Road. The Chinese are being converted from being the lowest per capita gold consumers in the world to a nation of small precious metals investors. Now, by next year, Chinese consumption of gold is likely to exceed that of India, which has been for years the world's biggest gold market. And one suspects that the potential for gold purchasing by individuals is only in its earliest stages. As more and more Chinese move into the cities and individual wealth grows, this trend is only likely to accelerate.

Paul ends the piece on Chinese gold and silver potential with the following comment: "Simply put, the Chinese government is trying to trigger a national gold craze...and it's working. The Chinese public now has gold trading platforms on steroids.... ...Also, for the first time in history, Chinese investors can even trade gold abroad (in London) with the swipe of a ‘Lucky Gold' card. I can't even get Bank of America to open a foreign currency account."

This may be an overstatement of the case from a precious metals bull - or it may not! Certainly if China is indeed pushing the public to buy gold then there may well be a hidden agenda here. It's unlikely they are doing it and will suddenly pull the rug out from under millions of investors. A cynic (or a raging gold bull) would suggest that this will precede a move to switch a good proportion of the country's reserves into gold which would have a huge effect on the global gold price and could prove disastrous for the dollar. Maybe it's not in China's interests to drive the dollar down too much until it has managed to divest itself of the huge dollar overhang (see the article on Chinese Sovereign Wealth Funds we published yesterday - Chinese sovereign wealth fund dumping dollars for strategic investments like gold ). The country may well already be, of course, surreptitiously building its gold reserves without reporting the build-up.

If the Chinese are indeed beginning to buy gold and silver as the quoted report suggests then this has to be a strong signal that prices are going to rise, and perhaps rise dramatically, in the relatively near future. We await comment from other China watchers for confirmation of the gold and silver buying spree, but with global gold production at best flat and probably in decline, even a small increase in Chinese buying could have a substantial impact on gold and silver prices. 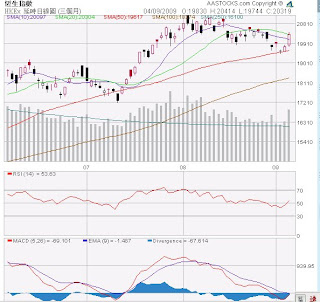 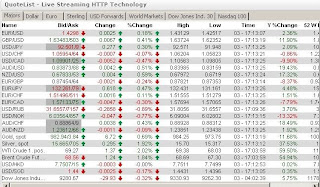