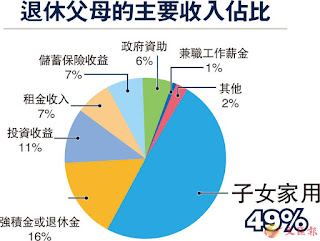 The deepening trade war between the US and China has roiled complex global supply chains and America's Heartland. The latest breakdown in negotiations comes at a time when soybean exports to China have crashed, and huge stockpiles are building, have resulted in many farmers teetering on the verge of bankruptcy. Mounting financial stress in the Midwest has allowed a public health crisis, where suicide rates among farmers have hit record highs, according to one trade organization's interview with the South China Morning Post.

Bill Gordon, a fourth-generation farmer in Worthington, Minnesota, who is also vice-president of the American Soybean Association, warned that spot prices for agriculture products have dropped so low, many in the Midwest can't even service their debts or also pay their bills. Farmers are losing their land to creditors daily. This has triggered the suicide rate among farmers to jump in the last several years.


"The markets are so low, we cannot even break even to pay our bills. Farmers are losing their farms every day. The suicide rate among farmers is at an all-time high," Gordon said.


"It is not up to us to tell the president how to negotiate, but a handout from the government is not how I want to run my business," Gordon explained while talking about President Trump's bailout of farmers and the possible use of the Commodity Credit Corp., a federal agency given authority during the Great Depression, to buy $15 billion worth of agricultural product from farmers.


"It took us 40 years to build these markets … and while no trade deal is perfect, for the most part the agriculture trade with China was on the up and up, or mutually beneficial," he said.


Agricultural economist Scott Irwin, a professor at the University of Illinois Urbana-Champaign, told the Post that farmers right now are losing $50 to $100 on corn and soybeans per acre. This excludes the government bailout, he said.

Irwin believes the Trump administration will hand out checks to farmers rather than using the Commodity Credit Corp. to buy physical crops.


"They are likely going to roll out that Market Facilitation Programme and probably expand it because Trump believes he has plenty of money to cover any checks he is going to write the farmers," Irwin said.

"Every developed country in the world subsidizes its ag sector," he said. "We have an over 80-year history of doing that here in the US. If it is socialism, it is not new socialism."

CBOT Soybeans futures plunged to their lowest level in a decade as China on Monday said it would raise tariffs on $60 billion in US goods in retaliation for Trump's decision last Friday to raise duties on $200 billion in Chinese products to 25% from 10%.

Gordon emphasized that farmers are looking to compete on a fair and level playing field, and don't want government bailouts during a time when spot prices drop.

"Today, If I plant soybeans, I'm guaranteed to lose $65,000 on this planting. I have to find somewhere else that money just to get me back to zero."


The trajectory on spot prices for soybeans is down despite several years of bumper crops in the Americas.

The 2019/20 farm crisis is a repeat of the 1980s crisis; farmers back then had heavy debt loads with high stockpiles. Once the US slapped the Soviet Union with trade embargos, crop exports to the country collapsed and triggered an agriculture recession in the Midwest. Very similar to today, Trump administration's trade war forced China to respond with retaliatory tariffs on American soybeans, thus collapsing soybean exports to China by 80%. With the trade war deepening, financial stress in America's Heartland will only increase, leading to a continuation of farmer suicides. The moral of the story: get government out of markets.
張貼者： Lisa 於 下午2:11 1 則留言:

There Is A Price To Pay

May 17 (King World News) – Andrew Maguire:  “Understandably, gold, and especially silver investors, are getting very frustrated with the blatant counterintuitive capping of the ‘natural flow’ of safe haven investment demand into gold and silver. This should be evidencing both gold and silver surging on the back of rising physically driven safe haven global demand. If it were not for the officially run Comex casino, this would be happening. However, ultimately there is a physical price to pay by selling undeliverable naked short futures contracts…

Andrew Maguire continues:  “As we have recently been observing, there are strong competing central bank and sovereign size physical buyers ready to step in to capitalize on synthetic discounts, which is the only thing providing any form of discipline to the non-delivery Comex pricing mechanism. Ultimately, paper prices are convertible into physical and it is this unwanted competing physical demand that is forcing commercials exposed to the physical markets to buy back futures in order to hedge physical exposure. This will ultimately create a violent upside reversal. So the question is, how long can this divergent action continue?…
張貼者： Lisa 於 下午11:45 沒有留言:

Walmart unofficially closed first quarter earnings season when it reported Q1 results that were mixed, with revenue missing and EPS beating, however the overarching concern is that Chinese tariffs could soon force the retailer to raise its famously low prices or sacrifice its bottom line.

Margins of 24.3% were in line with analyst expectations but did mark a slight year-on-year contraction. That can be attributed to higher labor costs, plus online sales that typically deliver lower margins than in-store sales due to fulfillment costs.

The flip side to the revenue miss is that comparable sales for Walmart store in the U.S. rose 3.4% last quarter, in line with analyst estimates, and according to the company, its best Q1 in nine years as comp ticket increased 2.3% and comp transactions grew 1.1%. As Bloomberg notes, the average ticket, or how much each shopper spent, drove the gain more than increased transactions for the fifth straight quarter, suggesting inflation is coming even to the purveyor of everyday low prices. Sam’s Club’s same-store sales fell short of estimates, dragged down by reduced tobacco sales.

Walmart said that on a two-year stacked basis, comp sales were up 5.5% and comp transactions were up 2.5%. The company also pointed out that the shift in government SNAP assistance early in the year "negatively affected Q1 comp sales by an amount similar to the benefit realized in Q4."

Walmart eCommerce contributed approximately 140 basis points to segment comp sales growth as web sales in the U.S. rose 37%, slightly ahead of the company’s expected growth rate for the full year. As Bloomberg notes, Walmart and rival Amazon are locked in a fierce battle for internet shoppers, and both have recently pledged to speed up delivery times. While Amazon has the overall lead in e-commerce, raking in about 50 cents of every dollar spent, Walmart has the best-developed web grocery business with more than 2,400 stores offering curbside order pickup.

Meanwhile, for the purists who only care about cash flow, the quarter leaves something to be desired as Free Cash Flow dropped by more than 60%, sliding by $2 billion Y/Y to $1.358 billion as a result of big drop in operating cash flow offset by rising CapEx. This is concerning because the company spent nearly three times as much as its FCF on Dividends and Buybacks.

Critically, Walmart’s response to the potential higher tariffs will set the tone for other discount retailers, and its decisions on whether to pass along or absorb the additional costs will have ripple effects on American consumers. To be sure, Walmart’s market dominance and clout with suppliers gives it more room to maneuver, though, and much of its food comes from U.S. sources, easing the impact.

“We will do everything we can to keep prices low but increased tariffs lead to increased prices,” Chief Financial Officer Brett Biggssaid in a Thursday morning interview. “It’s very item and category specific. There are some places where as we get tariffs, we will take prices up.” Shifting sourcing “is one of a number of actions that our merchants are considering.”

After the report, Walmart shares swung between gains and losses in premarket trading, but were last up 2%, after climbing 7.2% this year through Wednesday’s close, compared with the 14% gain in the benchmark S&P 500 Index.
張貼者： Lisa 於 下午9:59 沒有留言: